What to Look Out For When Choosing LED Lights

This week I’m making good on my promise of last week about giving you some pointers about what to look for when choosing LED lights.  We’ll start with my mantra “it’s the lumens not the watts that matters”.  Older types of light sources, like halogen lamps, varied in the amount of light that they produced between brands and models but not as widely as LED light sources.  LED light sources are manufactured to a huge range of efficiencies with some creating far more light per watt of electricity used than others.  This explains why so many people buy LED replacement lamps and then find they have dingy rooms – they assumed that they would be equivalent to halogen but so often they aren’t!  When comparing products, you need to compare the total lumens and the lumens per watt because that’s what tells you how efficient they are.   Sometimes a product looks great value until you look into the lumens per watt and realise that over time you will be using a lot more electricity than if you picked another product.  Suddenly some products don’t look such great value over their lifetime…

If your project comes under Building Control, then you will need to meet the current Building Regulations.  They state that “Low energy light fittings should have lamps with a luminous efficacy greater than 45 lamp lumens per circuit-watt and a total output of greater than 400 lamp lumens.”  This means that ANY light you use that you want to count towards your 75% low energy lighting has to create at least 400 lumens, whether it’s a downlight or a multi-armed ceiling fitting.  Calculating the lumens per watt is as simple as taking the lumens (from the box or the manufacturer’s data sheets) and dividing it by the watts, e.g. an 8W fitting creating 460 lumens = 57.5 lumens per watt so would meet the regulations on both counts.

This final pointer is one that most people don’t consider.  LED light sources often don’t make things look very good in comparison to how they would look in daylight.  How good something looks in artificial light is measured on something known as the Colour Rendering Index*.  Low voltage halogen light sources (those which have transformers) are usually rated at 100 on the index and are considered to be the gold standard that everything else is measured against.  A lot of LED light sources are still wavering at around 75-80 and for a long while 85 was about the best around.  Recently more LED light sources are getting rated at 95+ with a few at 98.  This last factor really matters if you want good quality artificial lighting and is the thing that usually adds the largest proportion of increased costs to LED light sources.

These are the factors that will allow you to spot the Rolls Royce’s over the Kias and perhaps helps you decide that it’s worth investing in either of those or going for Ford or Audi quality!

*There is a more detailed index currently in use but if colour representation really matters to you then it will be better to take this up with a lighting specialist. 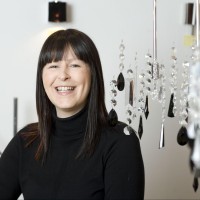